Apple implemented a feature called “App Tracking Transparency” (ATT) in March 2021. In short, this requires app developers to ask app users for permission to collect data from them. If you’re unfamiliar about it, then read about it in our previous blog here first. Otherwise, read on to see how it’s going today!

An Update on App Tracking Transparency 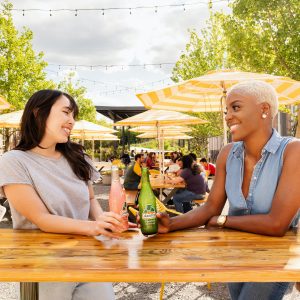 Under Apple’s user privacy and data use, app developers must obtain permission to track users’ data all across different websites and platforms. Now, Apple users are more aware of what happens to their data information. According to Fast Company, 94% of iPhone users opted not to allow apps to track them. Now, they can rest easy knowing what happens on the app, stays on the app. Similarly, websites have to disclose their cookie policy so users can opt-out of web data tracking. Internet surfers have become increasingly more concerned about Internet privacy, and now ATT is hugely popular.

Obviously, this security feature is impacting apps and social media platforms. Facebook is the biggest enemy. They’re used to collecting data to tailor ads. Facebook earns a cut whenever someone clicks on an ad. Therefore, now that they can’t accurately judge someone’s interest, they struggle to show relevant ads to that user. Therefore, less ad clicks = less money for Facebook. Now, you know they’re not going to let this fly. There are rumors circling that if you don’t let them track, you’ll have to pay to use the social media site. When will we ever stop fighting with Zuck?

Raise your hand if you have an iPhone/iPad with iOS 14.5 or later. Okay, do you opt for app tracking or do you block? Have you noticed that your ads are different? Let us know what you think!