The Difference Between MS Edge and Firefox 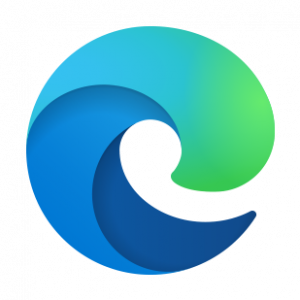 Microsoft Edge, formerly known as Internet Explorer, laid the foundation of the internet. When it first became available in 1995, it changed life as we knew it. Internet Explorer went through 11 different versions before it revamped to Microsoft Edge. This was due to being ruthlessly memed about for being the most outdated browser. MS Edge released in 2015 for Windows 10. Microsoft did fix the biggest problem, which was slow loading time. Now, it takes 2 seconds to load a page. Other features include tab organization, also called collections. You can even make your tabs vertical! Another helpful tool is the “smart copy“. This will help you paste things exactly how you want. And, here’s something Edge has that Google Chrome doesn’t have: tracking control. Now, you can assure that you can browse for your next purchase without being attacked with ads about it later. Microsoft stepped it up!

Mozilla Firefox, released in 2002, is known for being a safe browser, free of malevolent sites. It also uses more RAM than most browsers, so it may be slower if you have a lot of tabs open. But, with one or two tabs open, it’s pretty fast. Firefox has a more simple design, so it’s easier for those who don’t care for

fluff. Additionally, the browser filters out clickbait. These include false articles, and spam sites. One of the best features is that they are non-profit. So, like Edge, Firefox won’t sell your information to 3rd parties, and your browsing history stays with you only. Overall, speed is okay but the privacy is amazing. Mozilla protects your passwords and data like no other.

Overall, Edge and Firefox have the same amount of similarities and differences. They’re both safe browsers, though Firefox is arguably more secure. They have roughly the same loading time. Both offer more simple designs, with Firefox being more simple. Edge has better tab organization. In the end, all browsers evolved from Internet Explorer. Let us know your browser of choice!