Let’s take a look at what this app is all about. Sarahah is a social messaging app, but there’s a twist. The key component of this app is that all messages sent to a user are anonymous. Now you can see why so many people, especially teenagers would want to use this app. You can pretty much tell anyone anything without anyone knowing it was you who said it. Although this app is heavily used by young adults, it was originally developed so that employees could give honest, anonymous feedback to their bosses. Who would’ve imagined that a basic app for employee evaluations would turn into a viral social messaging app used around the world? 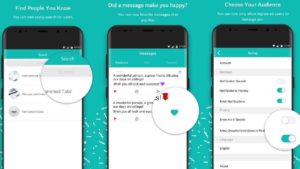 Sarahah has become huge in the past month, as many teens have caught on with the trend. It is common to see users post links to their Sarahah page on their social media accounts. Although this quick increase of sudden popularity is great for Sarahah and its founders, there has been a lot of negative backlash involved with the app. Cyberbullying and hate speech have been extremely prominent on the app lately, leading to increased safety concerns. This is not the first time an anonymous messaging app has witnessed its downfall due to it being used for bullying and other negative purposes. For example, Yik Yak and Secret were shut down for the same reason.

It is pretty disappointing how such a promising app that has generated so many downloads is now on the brink of closure. If you were behind the scenes of Sarahah, what would you do to ensure that the app stays successful and safe? Let us know in the comments section below!