In 2014, Sony Inc. set a plan in motion to reinvigorate its floundering image within the tech industry. Four years later at SXSW 2018, Sony introduced WOW Factory– an electronic playground of delightful futurism and sensory overload. 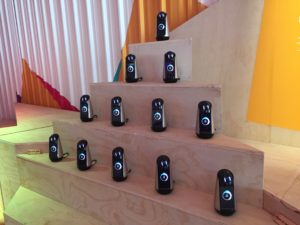 Once inside the LED jungle that is WOW Factory, a fleet of automated home assistants (think Alexa meets WALL-E) swivel at you in unison. They compete against an oddly adorable squad of robotic puppies stumbling around across the room, for your attention. Right off the bat, the event seems positively contrarian, but mysteriously so. During an interactive display of a miniature virtual band jamming out atop a wooden countertop, a Sony attendant captured this sensation of rarity in describing the technology as “augmented reality in a public and practical way”. 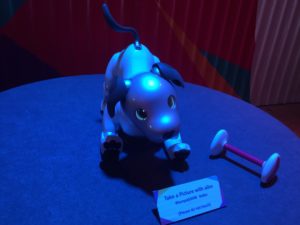 This is exactly what separates Sony from much of its competition throughout the SXSW 2018 landscape. In an era of overwhelming futurism, filled with Cryptocurrency and VR, the WOW Factory seems to embrace a sector of progressivism and technology centered around human connectivity.

One of the more impactful exhibits at the WOW Factory takes guests through a celestial 3-D soundscape, which serves as a wonderful sneak peek into the future of surround sound and visual effects. Another creates impressively accurate digital replicas of user’s heads to be used in personalized video games and interactive displays. Every day people are turned into extravagant superheroes with the help of advanced green screen and augmented reality technologies, growing long lines of excited participants in the process. 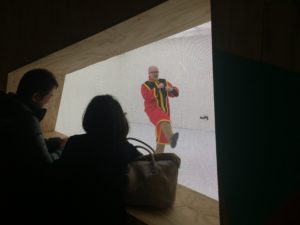 And yet, not a single pair of VR goggles can be found throughout the venue. This seemingly minute detail speaks to Sony’s current strategy for climbing its way back up to the forefront of technological relevance. Everyone involved in this sector might consider doing the same. In an age of innovation saturation, it’s important to foster a sense of inclusivity between product and customer, if for no other reason than to bring people together and in doing so, bridge the gap between present and future.