If you’ve been in Austin anytime in the last couple of months, you may have noticed some new additions to the city streets. Dockless bicycles and scooters have been pounding the pavement, allowing Austinites a cheaper, eco-friendly alternative to ridesharing services, automobiles, and public transportation. For a comprehensive guide to the best dockless apps the city has to offer, read on.

Bird, founded in 2017 by former Uber and Lyft executive Travis VanderZanden, first released its fleet of electric scooters in Austin back in April. The company’s goal is to help improve transportation problems in an eco-friendly manner. There are now fleets currently active all across the United States. Bird, which allows you to find and unlock nearby scooters in your area, prices rides at a $1 base fee, plus 15 cents for each minute after that. 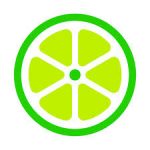 LimeBike, like Bird, is a dockless electric scooter company, with fleets deployed across the United States, Europe, and Australia, among others. Founded in 2017, LimeBike lets users unlock scooters for a $1 base fee, plus another 15 cents per minute of use.

Back in April, Uber announced that it had acquired JUMP.  A dockless electric bicycle company currently operating in cities throughout the United States and Germany, with plans to expand to Canada. Uber bikes cost $2 for 30 minutes and a little under 7 cents per minute after that. But what makes JUMP special is its pedal-assist feature, meaning the harder you pedal, the faster you go. What’s more, JUMP recently expanded to include electric scooters within the Austin area. These cost just $1 for the first 5 minutes, and 15 cents per minute after that.

Pace, a dockless bike share company available in cities throughout the United States. Recently 500 bikes were launched in Austin this past May.  These bikes are mainly located throughout downtown. Starting at an affordable $1 per 30 minutes plan, you can pay with cash by loading money onto your account at stores such as CVS, 7-Eleven, Rite Aid, and Family Dollar. This app also offers a $29 monthly subscription, which unlocks unlimited 60-minute rides for users. 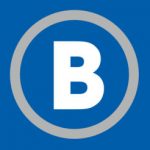 B-Cycle is a bike-sharing company that launched in Austin in 2013.  It has already been popular with Austinites for years. Owned by the City of Austin, B-Cycle is run by Bike Share of Austin, a local non-profit organization.  Currently, B-Cycle operates 76 B-cycle stations within the city limits. Furthermore, users have a multitude of options to choose from, whether it’s the $12 day pass, $11 monthly membership, or $80 annual membership for unlimited rides.