A Brief History of the Mobile App

By definition, a mobile app is a software application developed specifically for use on small, wireless computing devices, such as smartphones and tablets, rather than desktop or laptop computers. (Source: WhatIs.com) 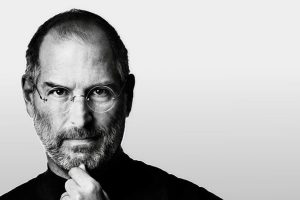 From 1994 to 2020, mobile apps have come a long way. To put it simply, apps aren’t just for checking email and chatting anymore. Apps are a way of life. These days they’re built to enhance our daily routines. Back in the 1980s Steve Jobs made predictions on the role technology would play in our daily lives. It seems as though he nailed it with the mobile applications.  They impact our everyday rituals now more than ever.

Here’s a timeline of headline worthy events in the ever-evolving world of mobile apps:

1994 First smartphone with a touchscreen and 10 built in apps, called “features” (like email, notes, calendar, alarm clock) makes its way into consumers hands. IBM’s Simon retailed for about $1100.

1997 Nokia Snake Game ushers in the era of gaming on phones, thus began the start of people staring at their phones for extended periods of time.

2001 iPod, Version 1 of the digital music player is released.

2002 Blackberry launches its first device, with basic applications like email and text messaging. The device is known for unique keyboard resembling blackberry drupelets.

2007 Developers can create web 2.0 applications for iPhone, which will look and behave like the apps built into the iPhone. Shortly thereafter, the first iPhone launches. This same year, native apps (built for use on a specific device and operating system) are developed.

2008 Apple’s App Store launches and gains 10M downloads within a week. The same year, Android Market also launches, as well as the HTC Dream (the first smartphone to use Android Market).

2010 iPad tablets are released. Steve Jobs first mentions the vision of having a great computer within a book that can be carried around in 1983.

2015 Apple Watch smartwatch is released. It is a way for consumers to be connected with their smartphone, but also engaged with the people they are with at the moment. Apple Watch continues to be the most popular and best-selling wearable device.

2020 Today, there are over 25 billion mobile app developers and applications are being built for better uses like banking, organization, self-care, transportation, delivery, and more.

What’s Next for Mobile Apps? 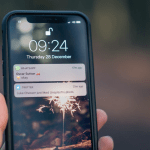 So, what can we expect to see for mobile app development in the next decade? Some tech experts predict that apps may cease to exist and morph into something else all-together. We could see “notifications” replace apps, as the web becomes push based. Rather than consumers visiting the web, it will come to us in the form of a notification. Others seem to think that devices will be completely different, and our devices will blur together as one “thing” that we can access at all times. Only time will tell what apps we’ll be using and how mobile technology will evolve over the next few years.