At their 2017 WWDC (Worldwide Developers Conference), Apple announced that it will tighten its policy regarding the introduction of new apps to the App Store. Apps will be rejected if they are not “truly unique”. Apple says that this is not a new policy. They said that “This is not a new guideline. We have never allowed apps on the App Store that are designed to interfere with the performance or capabilities of other apps.” Ad-blocking apps are going to suffer the most from this policy.

Apple is planning on blocking these apps that find ways to block advertising from third-party apps, citing that they have always supported advertising within apps as a way for app developers to generate revenue.
The developer behind popular ad-blocking apps AdBlock and WebBlock says that Apple has rejected recent updates of these apps because they violate section 4.2 of the App Store Developer Guidelines. This section, the basis of Apple’s recent increase of stringency regarding apps, states that apps should be “useful, unqiue, and provide some sort of value.” 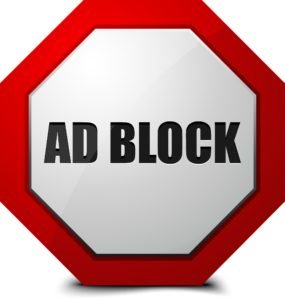 Although Apple does not see significant value in these ad-blocking apps, they are extremely popular with AdBlock and WebBlock seeing over 1 million and 750,000 downloads respectively. Although these two apps will not be seeing much progression in the Apple App Store, ad-blockers that use the Safari Content Blocker will still be allowed. As the name entails, these ad-blockers only block content in Safari, as opposed to VPN ad-blockers like AdBlock that block ads within third-party apps.

As of now, Apple has only seized any future updates of these VPN ad-blocking apps. It is not known whether these apps will be completely removed from the App Store. Although implementation of this strict policy will affect ad-blocking apps the most, other types of apps will also be affected. These include apps related to sporting events, entertainment events, restaurants, music bands, schools, charities, religious organizations, handyman services, radio stations, cable/streaming providers and transportation services.