Ever since the passing of the Steve Jobs, Apple has often been criticized for not following through on its promise of delivering the ‘next big thing’. Soon enough, all of that may just change. Apple has been making moves in order to soon make a huge splash in the Augmented Reality market. The company has invested a lot of time and money into this operation by not only utilizing in-house services but also by hiring third-party companies with prior experience in AR hardware as well as virtual software, including engineers who have worked with Microsoft and Google on virtual reality headsets.

Now is the perfect time for Apple to make a bold move and invest heavily in the Augmented Reality sector. The market for AR devices is expected to rise from $2 billion to about $18 billion over the next few years. The price of AR devices and accessories will continue to rise as the size of the market also increases. As we know, Apple loves having large margins, so you can expect the price of these devices to be pretty hefty.

People may be wondering, why doesn’t Apple just go into the VR market like Samsung did with the Gear VR? However, you have to keep in mind that while Augmented Reality incorporates your actual surroundings, VR takes you to another world where you may not realize what is around you. This is best used in a safe environment. However, since AR is easier to use and feels a lot safer, it is better suited for mobile devices. 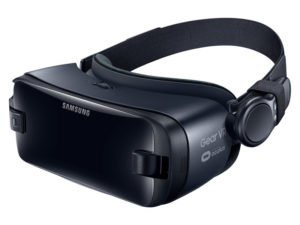 This addition of AR software into the next iPhone will help differentiate the device from competitors, notably the Samsung Galaxy S8. What do you guys think? Will this start a trend that we will see in mobile devices for years to come? Is this going to be Apple’s ‘Next Big Thing’? Will Apple finally come through on its promise? All we can do for now is wait and see.