NFTs and the Mobile Industry 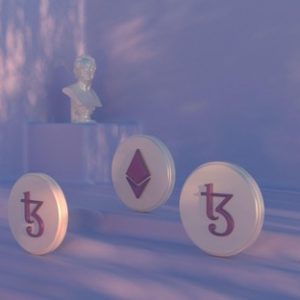 Nowadays, it’s hard to look at any piece of media and not see an NFT attached to it. The 2021 Oscars offered an NFT depicting a bust of the late Chadwick Boseman to attendees. Popular game company Ubisoft is implementing NFTs in several of their games such as Tom Clancy’s Ghost Recon series. Maybe even a celebrity you follow on your preferred social media platform of choice has announced they will be selling their own NFT on the crypto market. Whatever that means. To say NFTs can be found everywhere is a massive understatement. We can see its all encompassing reach in every industry, this includes apps and the mobile device world. What could this mean for the mobile industry? What changes can we expect? Will we see more NFT-based mobile games on our phones?

Let’s start with the basics first before we delve into those questions. NFT stands for non-fungible token. It is a digital asset whose ownership is unique to the buyer via the blockchain it is associated with. In layman’s terms, think of it as having a certificate of authenticity saying that you–and you alone–have sole ownership of the Mona Lisa. They are bought and traded using cryptocurrencies such as BitCoin and Ethereum. NFTs are not necessarily just artwork. They can be songs, videos, or in this case, mobile apps.

NFTs and the mobile industry are already well acquainted with each other. Popular NFT marketplace, OpenSea, has their own app for users to buy, sell, trade, and curate their NFT collection on their iOS and Android devices. Some like GoArt and 8BitPainter, allow artists to create their own NFTs. But perhaps the biggest NFT project soon to shake up the mobile industry is Artemis Vision. Rather than just being just another marketplace to buy and sell NFT, Artemis Vision envisions adding a social media element similar to the likes of Facebook. Users would be able to sell and buy NFTs, attend VR concerts, and interact with augmented reality NFTs of their favorite celebrities.

The popularity of  NFTs continues to grow exponentially with each year. According to The Block, the monthly trade volume on OpenSea’s NFT marketplace is $4.49 billion USD, and that is for January of 2022 alone. NFTs are here to stay, there is no arguing that. We can only expect to see more mobile apps centered around its creation and curation. – Lesslie Valladares