This year, the SXSW Music Festival kicks off on March 16 and runs through March 22. It boasts an impressive lineup of artists from across the globe, you’ll want to see. Here, I’ve listed some noteworthy events and why you should check them out. These are artists that stood out to me in the vast lineup of over 2,000 artists. Additionally, I’m including links that have the full event description, with event time and location, so you can plan accordingly.

Open Mike Eagle, LA rapper, Project Blowed alum, and comedian by way of Chicago, brings his clever style of uniquely influenced rap to the festival on March 19. The artists coined his style as “art rap” and is heavily influenced by They Might Be Giants. You can also catch him on Comedy Central’s stand up and music series The New Negroes.

Next up is R & B act Nicotine aka Brianna Zepeda. The Houston artist brings her haunting and soulful storytelling to the stage on March 20. Her latest release is the passionate and unguarded An Open Letter, in which she sings about topics like her own sexuality and being Afro-Latina.

Milly, an LA rock band off of Dangerbird Records is best described as a conglomeration of shoegaze, lo-fi, and slowcore. So, try listening to Milly when you’re ready to get lost in an atmosphere and attitude. The band will be at two venues on two dates, so you’ll have an extra chance to check them out.

Now, may I direct your attention to the post-punk band Algiers, from Atlanta, GA? There are two chances to see this quartet that is reminiscent of Berlin-era Bowie. The new release There is No Year, sonically challenges the confines of genre, exploding into uncharted territory.

Country is Alive and Well

Country artist, Margo Price is a breath of fresh air in a genre that I thought died years ago – or at least what I knew of it did. Margo, a midwestern girl with a voice that’s been compared to Tammy Wynette is backed by her band, the Pricetags. Now isn’t that darlin’? You can catch her at the Free Show at ladybird lake, open to the public, and one other showcase.

Crunk Witch is a husband and wife electro-pop duo from Maine, with a striking and energetic stage presence. I can vouch for the energy of their live performances and highly recommend you check it out, especially in an intimate and small space. They will be at Flamingo Cantina on March 21, which is a small venue, so get there early. 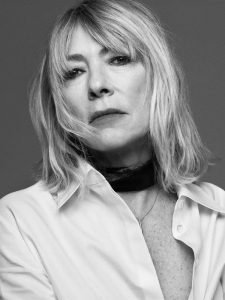 Lastly, I wanted to include a musician’s keynote that you must see – Kim Gordon, of Sonic Youth, will be having a candid conversation with friend and writer, Rachel Kushner on what it’s like to be an artist in the contemporary world. With the marketplace of music and art being an ugly place at times, how can we utilize it without our art being made cheap? This discussion will take place on March 20, at the Hilton downtown.

Ultimately, SXSW Music is a journey that you can plan out to a tee or you can stumble upon new artists randomly at the various showcases around town. Whatever your style, the festival is sure to pique your inspiration and interest. To find out more about the music festival artists, hit shuffle on this SXSW 2020 Music Video Playlist! Also, we’ll have more SXSW tips in our upcoming newsletter (subscribe here) and blogs. Stay tuned…