There was a time when SXSW-goers were left to fend for themselves, drowning in last-minute google docs and half-baked event apps. Thankfuly, SXSW now offers an official festival app, and this year it’s better than ever. Browse city-wide line ups with ease, keep track of all your favorite happenings with a built in scheduler, and even receive personalized event recommendations based on past preferences, networking contacts, time, location and popularity.

And as if that weren’t enough, SXSW GO now uses location services to communicate with an army of beacons across Austin, so you can look up real-time events near you on a whim. Did that one show your friend wouldn’t shut up about fall flat? Queue too long?  Bartender cut you off? No problem, just downlaod SXSW GO and find something fresh and exciting waiting for you around the corner!

DoStuff is exactly what it sounds like, and then some. Open the app and you’re greeted by a slew of city event calendars, ranging from Portland to New York, Toronto to Mexico City. Naturally, Do512 sits atop the list, specializing in all things Austin, Texas. Concerts, comedians, secret shows, open bars – you name it, Do512’s got it. The MapView option comes in extra handy during SXSW, so you can browse while on the go and let events come to you.

Posts on Do512 tend to be well organized, with helpful insight into both venues and performers. Additionally, a good portion of the events include opportunities to win free tickets and/or VIP packages. Weekdays and weekends alike, Do512 is packed with something for everyone. Throw SXSW into the mix, and chances are you won’t be able to keep up with all the awesome things happening around you.

Don’t let the droll layout fool you – Free At is one of the most powerful apps around for keeping up with SXSW. Bourgeoisie and cheapskates alike can bask in the app’s ingenuity, which categorizes a vast array of Austin events by the “free stuff” they offer. And it’s not just the same 5 events over and over again like some might expect – SXSW is a haven for ballin’ on a budget.

Open bars scattered across the city like oil reserves waiting to be tapped, free BBQ calling your name from just a few streets down, exclusive screenings and wild interactives waiting to be discovered. That’s what SXSW’s all about, and Free At brings it all together. And as if that weren’t enough, location services are also built into the its interface, so you don’t have to worry about bouncing around multiple applications, killing your precious battery life in the process.

Last year, Uber and Lyft were banished from Austin like treasonous members of some medieval society. And while they’ve since returned, their time away allowed for the establishment of several alternative ride sharing apps. Ride Austin is one of those alternatives, which differentiates itself from the competition by existing as a “non-profit” rideshare. Powered by donations, it houses both paid and volunteer drivers, but rest assured, this abnormal business model does nothing to dampen Ride’s quality of service.

When catching a Ride, users are presented with the option to “Round Up”, which gives you the option to round your fare up to the nearest dollar and donate said funds to the local non-profit of your choice. Why not party hard, travel responsibly, and feel good about yourself all at the same time? Well, with Ride Austin, you can do exactly that.

Part of keeping Austin weird includes fostering its wonderful sense of universal inclusivity. And yes, this includes dogs. Keep Austin Dog Friendly is a pretty straightforward app that lists dog-friendly locations near you, ranging from expansive pet parks up North to ruff restaurants on the East side. Now, you’re probably thinking (and rightfully so) – why on Earth would I bring my pooch along to SXSW?

Well, SXSW is sure to show you the best of times, but it can also leave you feeling drained from time to time. This is where Keep Austin Dog Friendly comes in. Ditch the hordes of sweaty humans and go cuddle a pup at the nearby park, or enjoy a refreshing ice cream in the company of some sweet sweet K9 kisses. Now you can enjoy the remainder of your SXSW feeling big and brand new!

Foodspotting reached its peak back in 2015, but thanks to SXSW’s immutable charm, the app’s userbase tends to flare back up around Springtime in Austin. A forward-thinking app for foodies and tourists alike, Foodspotting is all about individual dishes, rather than restaurants as a whole. Scroll around the map with ease and browse a multitude of savory dishes, each one posted and reviewed by fellow food spotters on the hunt for the best flavors around. It’s a great way to discover some local gems and, if you happen to discover something worth sharing yourself, give back to a happy community of food enthusiasts.

Another aspect of Foodspotting that separates it from the likes of Yelp and similar food review apps is its emphasis on positivity. Negative reviews are not allowed – such opinions are simply voiced by not posting the dish on Foodspotting to begin with. Everything you see on the app is there for a reason, and worth a try. Sure, there’s a certain amount of risk that comes along with an adventurous take on food exploration like Foodspotting, but then again, that’s what SXSW is all about.

Transportation is tricky. Some prefer public transport for its affordability and melting pot of participants, while others tend towards ride sharing in search of speed and privacy. There’s a plethora of factors to consider when getting around the city, and whether traveling solo or in company, these sorts of decisions can make the difference between landing the front row or tip-toeing from the back. But even so, who wants to spend their hard-earned time at SXSW constantly researching transportation, bouncing from app to app in search of the best option? No one, that’s who, and Moovel has created an app to make sure no one has to do exactly that.

Moovel is an all-in-one transit app that provides accurate data for all walks of transportation life. Simply input your destination and an array of helpful information – ranging from expected Uber surges to the exact location of an incoming bus – presents itself on command. Getting around Austin during SXSW can be a discombobulating feat, but Moovel helps mitigate that headache through a beautiful, user-friendly interface and the power of choice. 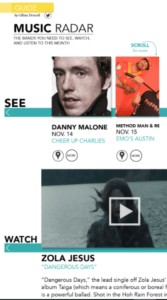 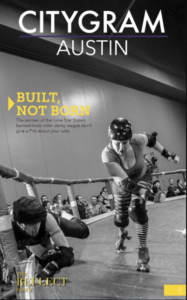 Most of the apps on this list are Austin bred and based, which surely speaks to their integrity as necessary SXSW companions. However, none feel quite as Austin as Citygram Austin, a thoughtfully curated electronic magazine specializing in local talent, events, and “hidden gems”. Find out what to do in Austin with Citygram’s excellent weekend itineraries, get insider tips from local experts/tastemakers, and read  articles on the people, businesses, and trends that are influencing the city, as to stay prepared for networking and nightlife alike.

On top of a gorgeous layout and engaging insight into the Austinite lifestyle, Citygram Austin also hosts several up-to-date restaurant, music, and shopping radars, so you’ll never waste time stuck wandering what to do. And as is tradition, Citygram Austin is publishing its very own unofficial guide to SXSW for its March edition, so this is an app you won’t want to be without. 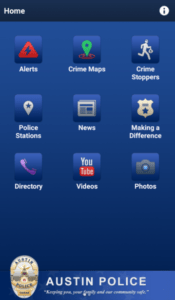 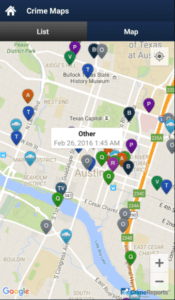 In anticipation of this year’s SXSW, the Austin Police Department has released a mobile app enouraging direct communication between festival attendees and APD. The APD app can be utilized to stay informed and engaged by securing access to important APD services, including station locations, crime prevention information, news updates, and the ability to file certain police reports directly from the app.

Additionally, the Austin Police Department app allows users to send tips to police, with the option of remaining anonymous. Those reporting issues can include their GPS location, send photos of the instance in question, and engage in a secure two-way chat with officers. This isn’t the SXSW app you’ll be using all day every day, but it’s still worth having for the sake of awareness and general safety.

This final recommendation deviates a bit from our theme of locally-sourced mobile apps for SXSW, but for good reason. Eventbrite is a worldwide event calendar and ticket organizer, which is now used for booking by the majority of SXSW shows and parties. Find an awesome free concert with the Free At app? You’ll probably end up going through Eventbrite to confirm your attendance and claim entry. Most articles on Citygram Austin will eventually link you to some Eventbrite page, as will any outside sources you use to hunt down your favorite shows and activities.

Moral of the story – save yourself some time and download Eventbrite ahead of time, so you can slip into that wild  interactive showcase with ease or save spots for your friends while they’re using Moovel to fetch some last-minute kebabs. Eventbrite is a sleek, smooth, and pleasant service that’ll only strengthen the rest of the apps on your SXSW survival roster.