Apple is in some hot water over their App Store policy. The UK Competition and Markets Authority (CMA) recently launched an investigation on Apple.

CMA claims that the App Store’s terms and conditions are both “unfair and anti-competitive.” In order 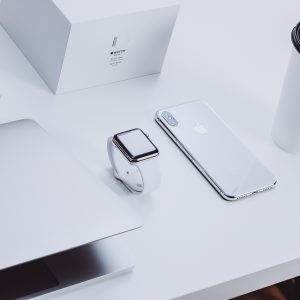 for their app available to iOS users, app developers have no choice but to go through the App Store. Apple can charge up to 30% in commissions. This includes an app’s in-app purchases, subscription services, and initial download cost. According to a CNBC report, Apple defends these regulations. They argue that their terms and conditions are “fair and equal.” Andrea Coscelli, the CMA chief executive, argues that “millions of us use apps every day to check the weather, play a game, or order takeout. Complaints that Apple is using its market position to set terms which are unfair or may restrict competition and choice- potentially causing customers to lose out when buying and using apps- warrant careful scrutiny.”

For many years, Google Play operated on different terms than the App Store. Google only imposed a small, affordable fee on app developers. Also, they would allow for third-party apps to be purchased throughout Google products. However, this changed late last year when Google announced that they would model their terms and conditions based on Apple’s. This means that Google will start enforcing app developers to publish their apps exclusively through Google Play. Additionally, they would have to commission 30% of their profits to Google.

BBC News reports that last week, Arizona’s House of Representatives passed a legislature in response to Google and Apple’s decision. This legislature prevents large tech companies such as Apple and Google from demanding that app developers (based in Arizona) only use their app stores. The U.S. expects to see many other states follow after Arizona.