The dawn of the digital age has seen a massive shift in the way that music is produced, released, and consumed. Large numbers of singles, EPs, and albums are now put out weekly. The popularity of streaming services allowing listeners to tune in immediately upon release. But having so many options to choose from can leave users feeling lost in an ever-increasing tide of addictive beats and catchy hooks. As luck would have it, there’s a glimmer of hope.  This week, we’ve handpicked the best apps for music discovery –– so you don’t have to spend time sifting through all the rest.

Just fourteen years after its initial launch, Spotify, is now a household name. With 159 million monthly users and 70 million paid subscribers, this music giant now accounts for 36 percent of streaming subscribers around the world. Spotify’s immense appeal is glaringly simple –– for only $9.99 a month.  Users can listen to whatever they want, wherever they want. With weekly Discover playlists crafted to help you find new songs based on the music you already like and has the ability to see what your friends are listening to.  Spotify ensures there will never be a dull track in your music library. 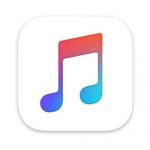 Launched in June 2015 to combat the widespread success of its competitor, Spotify, this streaming service boasts a hefty 50 million paid subscribers just three short years later. With genre and mood specific playlists updated each day, exclusive album releases from the likes of Drake, Chance the Rapper, and Frank Ocean, as well as popular Beats 1 Radio DJed by Zane Lowe.  Apple Music gives its subscribers an abundance of opportunity to listen to the latest music before anyone else. The downside? This service is only available for Apple users. 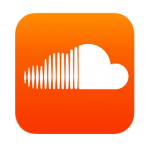 Based in Berlin, Germany, this free service has resulted in an entire genre of “Soundcloud rap,” which has produced the likes of Lil Uzi Vert, Russ, and Bryson Tiller. Now, users create playlists, follow their friends, and get suggested tracks based on listening history from a library of over 120 million free tracks. While it may not have the same catalog as Apple Music or Spotify, SoundCloud’s commitment to user-friendly technology and accessibility are hard to match. 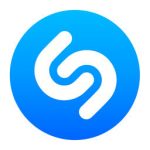 Ever wonder what that catchy song playing in the background at Starbucks is? With Shazam, you don’t have to. With a few quick taps, users can let their phones listen in to identify songs immediately. Best of all, Shazam lets you link your Spotify or Apple Music account, so you don’t have to waste any time putting that addictive hook on repeat.

Though Austin-based tech startup, MusX, is still in its early stages, this app promises to be a frontrunner in the field of music discovery. With this app, you don’t have to worry about finding songs lost in the endless stacks of your group messages. Instead, your music recommendations are streamlined through the app.  This allows you to instantly share songs with your friends and see whether or not they liked it. MusX is currently invite-only, but you can email hello@musx.com to get an access code. Happy recommending!